NASHVILLE, Tenn. Amir Elraheb’s journey to the healthcare field had several unexpected and, perhaps, unlikely turns. In fact, he didn’t initially see himself entering healthcare at all.

Upon graduating from Clarksville High School in Clarksville, TN, he intended to study architecture. Life, personal circumstances and a passion for bettering the community ultimately altered that course, however. The series of twists and course changes his life took eventually brought Elraheb to the MVA, where he hopes to work with both Meharry Medical College (MMC) and Vanderbilt University Medical Center (VUMC) to improve community health and wellbeing in Nashville.

“I’ve always had an interest and respect for architecture,” Elraheb recalled of his initial career goals. “But I didn’t have the opportunity or the resources, so I picked the next best thing.”

The next best thing, in his eyes, was Fine Arts.  So he enrolled at Austin Peay State University and began studying visual and performing arts.

Ultimately, though, his passions made him alter course once again.

“I studied Spanish in high school, and I picked up on it pretty quick,” Elraheb said. “I was on a soccer team with Spanish-speaking teammates, and I helped them learn English and they helped me learn Spanish.”

That experience fueled a love and passion for other tongues, and it prompted him to switch majors and earn a Bachelors Degree in Foreign Languages.

“Because of that, Spanish kind of paved the way to me learning French,” he said.

Elraheb’s life journey then brought him to Nashville and the MVA.

“I was influenced by a friend who’s a second-year dental student at MMC,” he said. “I was able to see the culture and vision of Meharry, just by meeting people associated with him.”

Ever since it was founded in 1876, MMC has strived to advance health equity through research and education. Its mission statement includes empowering diverse populations and improving the wellbeing of humankind.

VUMC, meanwhile, has an equally long history – dating back to 1874 – of improving the healthcare of individuals and communities. Its efforts also extend to regional, national and global sectors.

“I think both institutions’ goals align with my own,” Elraheb noted. “Diversity, betterment of community, education, providing minorities with good healthcare, Meharry and Vanderbilt are probably the leading providers in Tennessee.”

At the moment, Elraheb’s goals are pretty simple and straightforward.

“Just getting the hang of things,” he said with a laugh.

He hopes to learn as much as possible, and although the challenges may seem overwhelming, Elraheb likes a challenge.

“I want to grow with the organization, learn as much as I can and make a difference,” he said. “I think that’s one of the most important things, making a positive impact on the community.”

Eventually, keeping with the unwieldy nature of his educational and professional path, Elraheb hopes to return to school and earn a Masters Degree in Architecture.

“Art and design had always been a big part of my life,” he said. “The creativity of that field is attractive to me.”

That and becoming a licensed architect are his ultimate ambition, alongside his ongoing passion for improving communities.

“I’m really thankful for the opportunity to work with both institutions and this organization,” he said. 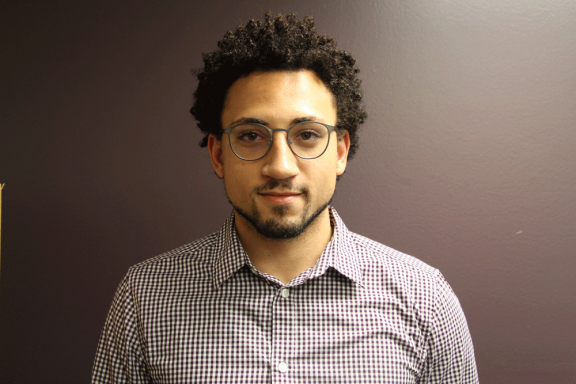