NASHVILLE, Tenn. Four students squatted over empty 2-liter bottles, their knees pressed together in an effort to clutch a single pen and position it over the bottles’ respective – and tiny – openings.

The first student wobbled. The second swayed. The third even giggled.

Behind them stood a lively wall of other students. They clapped. They cheered. They jumped.

On any other evening at the Cal Turner Family Center at Meharry Medical College (MMC), this would look strange indeed. For Whose Central Line Is It Anyway, an annual Meharry-Vanderbilt Student Alliance (MVSA) variety show that returned for its fourth event on February 21, 2020, this was actually routine.

The aforementioned competition was aptly named “Pen In a Bottle.” Teams of students from both MMC and Vanderbilt University, grouped according to their respective classes, struggled to drop pens in soda bottles using only their legs.

It’s become a recurring game for the event, which raised funds this year for the Lloyd C. Elam Mental Health Center.

Other competitions included trivia – which featured offbeat, outlandish and sometimes even bizarre questions – and a new game called “Watch Your Mouth.”

“It was hysterical,” Jones recalled. “Some got it right off the bat. Others struggled and never got it. It was hilarious.”

“I was really impressed with the banter among them all,” Jones said. “You could tell it was a place for them to let their hair down and relax. It was the break they needed.”

“At the end of the night,” Jones remembered, “we’d raised around $850, but Fola said, ‘I know we’re med students and money is tight, but dig into your pockets if you can.’”

“It was really impressive,” Jones said. “You could tell they really enjoyed themselves. 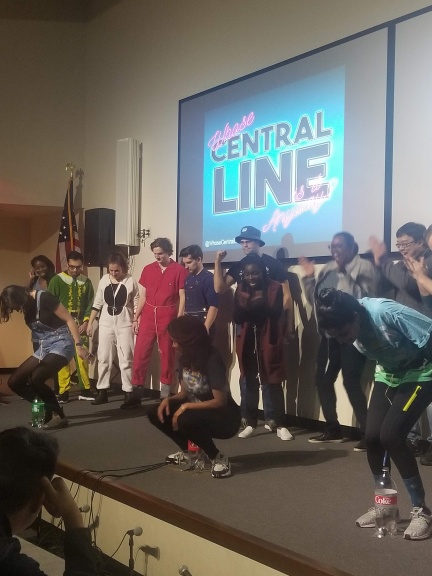 MVSA students compete to in the Pen in a Bottle game.