Ambassador Birx is the Coordinator of the United States Government Activities to Combat HIV/AIDS and U.S. Special Representative for Global Health Diplomacy. Birx is a world-renowned medical expert and leader in the field of HIV/AIDS. Her three-decade-long career has focused on HIV/AIDS immunology, vaccine research and global health.

She told those gathered for Thursday’s meeting that, in her 30 years of research, she has seen results that were both good and bad. Some, she said, were “uplifting” as more and more people get help and live longer. Others, however, were less so due to “criticism, stigma and discrimination” of the disease that often leads to people not accessing care.

“HIV/AIDS is an urban problem and an urban disease,” she said.

Other researchers at the meeting said they were studying correlations between drug use and the spread of the disease, as well as the greater risk of infection caused by bacterial vaginosis. A significant disparity exists here as black women tend to have a higher incidence rate of BV.

Speaking on behalf of her organization, Birx said her goal was make program data available in order to more readily understand what works, what doesn’t and implementation of quicker solutions.

Dr. Consuelo Wilkins, MD, MSCI, Executive Director of the Meharry-Vanderbilt Alliance, said the MVA has provided an avenue for “thoughtful conversation and execution efforts to improve and leverage” the programs at Meharry Medical College and Vanderbilt University.

The Center for Aids Health Disparities Research on the Meharry campus hosted the discussion. 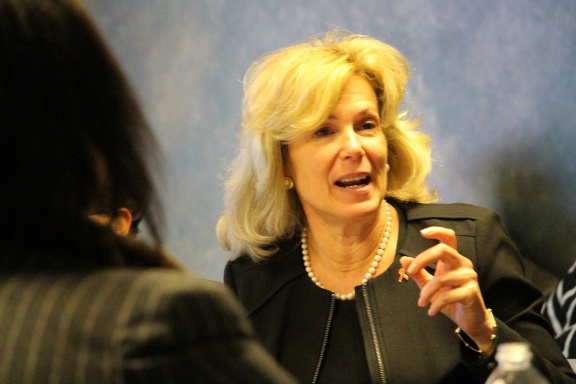 Racial Disparities in COVID-19 Outcomes Exist Despite Similar Medical Histories, According to a Study Co-authored by MVA Executive Director